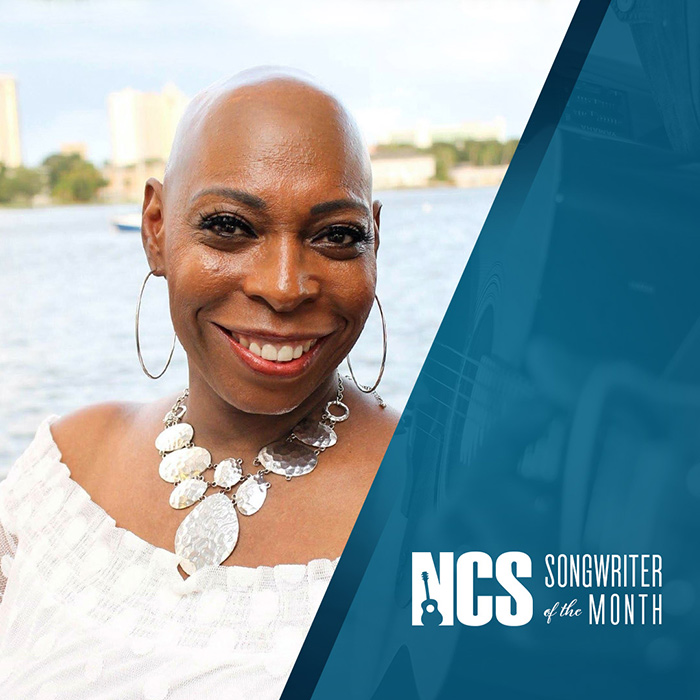 A Passion for Songwriting

Often, it seems, that the things we are meant to do find us, rather than the other way around. And so it is with this month’s Songwriter of the Month, Carol Chisolm.

Carol spent her early years playing around on the piano and writing music with a friend. While it was an enjoyable pastime, she didn’t give it much thought, and eventually stopped writing.

It wasn’t until after she got married and stepped fully into a relationship with the Lord that songwriting became a burning passion that could not be ignored.

“I never had a mentor,” she shared. She felt like she stumbled her way through life, with no one to give her real guidance. Over and over again she questioned whether music was her calling, or if she should leave it to those ‘more qualified.’

In 2018, Carol realized that songwriting was something that God purposed her to do, and made the decision to fully pursue songwriting. Soon after, she discovered Nashville Christian Songwriters.

After a conversation with NCS President John Chisum, Carol quickly realized that NCS was the perfect fit for the mentorship that she had been longing for the past several years.

“I’ve learned so much about the tools I need to help communicate my heart authentically to those who listen to my music.

At some point in your life you have to make an investment so that you can perfect your gift. We make sacrifices for everything else we want to do in life, why would we not make the sacrifice in order to develop the gifts He’s given?”

In the midst of Carol’s work with NCS, God began stirring her heart in a deeper way. He was calling her to express a new level of vulnerability through her music.

He gently asked her, “How will they know to give Me the glory, if they don’t know your struggle?”

In 2019, Carol Chisolm obeyed this gentle whisper from the Lord and stepped boldly into light, sharing her 30 year struggle with Alopecia [you can watch her incredible music video, “Wonderfully Made” here. God used this step of honesty to take Carol’s songwriting to a new level of freedom.

“Every song He wants you to write is already written and waiting for you to develop the ability to hear the song and write it in the way it was meant to be written,” Carol shared.

“Carol is a beautiful, bold, and talented person,” remarks John Chisum. “I love her powerful sharing of who she is in Christ through her songs and her testimony of freedom from Alopecia. I didn’t know anything about it when we went into coaching, but I’ve watched an amazing transformation not just of her songwriting, but of her whole demeanor and ability to communicate hope. I know she’s going to encourage a lot of others struggling to be free.”

Carol’s partnership with NCS fine tuned her ability to hear, write, and clearly communicate music that has been on God’s heart from the beginning.

Carol released her first album in 2005. She has since released a music video, two singles, and is scheduled to drop another album in Fall 2020. Connect with Carol, find her music, and learn more on her website.

Now you can realize your songwriting dreams, too, just like Carol Chisolm, through NCS Coaching. Read more about it and set up a free, no obligation phone call today by clicking this link: https://ncssongwriters.kartra.com/page/breakthough-call