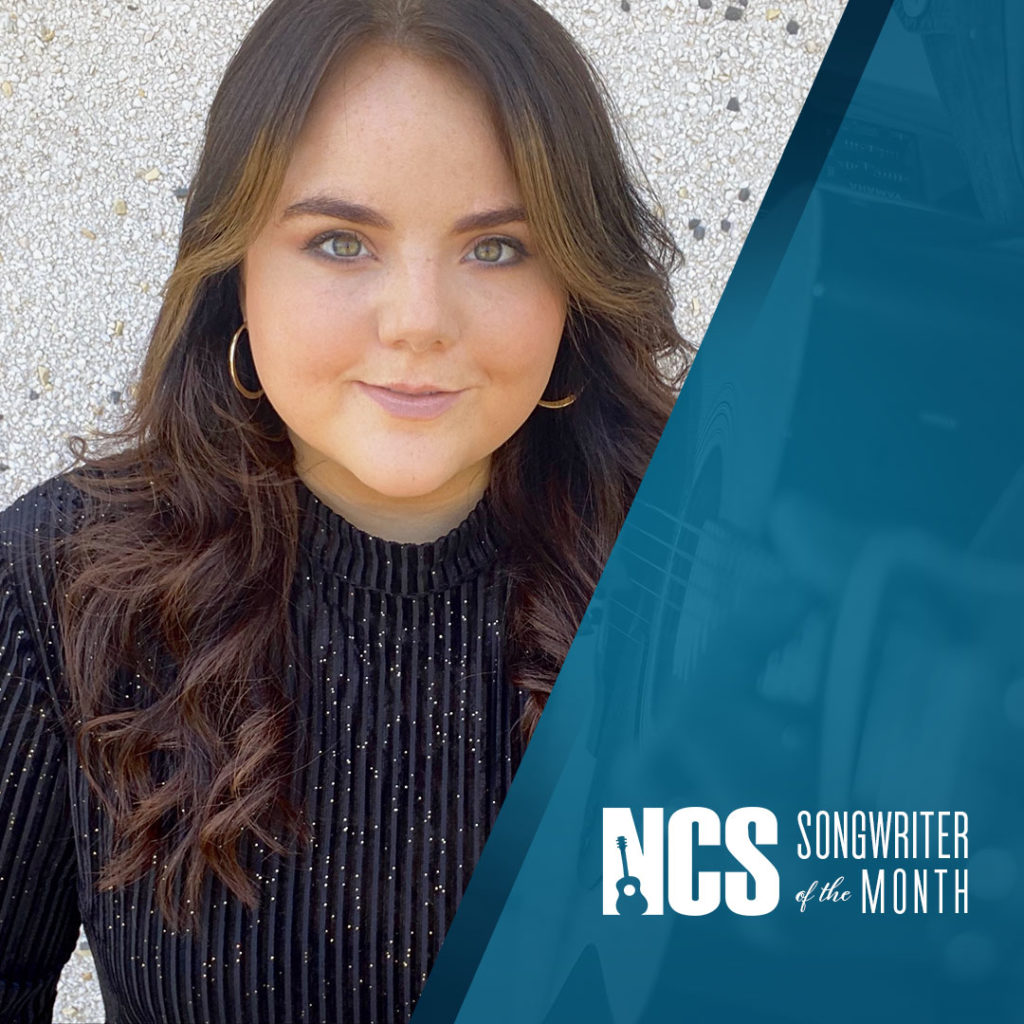 A Northern Ireland singer-songwriter and worship leader, Carrie Brooklyn Alexander, has been named NCS Songwriter of the Month. Alexander, a resident of Armagh, NI, is writing and releasing her own music, as are many aspiring Christian artists. But Carrie is also using her skills to serve the musical dreams of others who are unable to play or sing as easily as she can.

“I’m working for a charity called the Drake Music Project,” she begins.” Basically they supply music workshops for kids and adults with physical, emotional, and other learning disabilities.” Due to the wide range of physical and emotional challenges, The Drake Music Project employs engineers to create “bespoke” electronic musical instruments that can be played with even the slightest physical movements.

Carrie explains, “We’re working with engineers in Queens to create bespoke instruments. So then, for someone who is paralyzed from the neck down, they created an electronic instrument that could be attached to his wheelchair. The goal is to make music all inclusive, accessible to everyone.”

Carrie works with the Drake Music Project clients to create their own music by assisting in the coaching and recording process. Armed with a diploma in Music Production & Performance from Southern Regional College in Armagh, she gives many of them their first chance at self-expression through digital music created through the specialized instruments.

“Music should be accessible to everyone. And it’s given people who maybe haven’t had a voice before the ability to express themselves through music,” she shares.

When she’s not working with the Drake Music Project, Carrie is a youth worship leader for her home church and keeps working on her own songwriting skills.

Carrie is currently recording a duetted cover of the standard You Are My Sunshine with Joshua South (@joshuasouthmusic), a Norwich based producer and artist . She describes the accompanying video as “kind of low-tech vintage” recorded on her cell phone. She’s also released two singles Love Like This and Give In To You.

As she remembers writing and recording Love Like This, Carrie says, “It was one of those ‘rock bottom songs.’ I wrote it when I was kind of at the end of myself. It really just describes the power of God’s love in your life. You want to be loved. It’s the one thing that you search for to find meaning and belonging. Just love. I think a lot of us look for it in the wrong places.”

Admitting that “a lot of healing” has taken place in her life since writing Love Like This, it’s still a special song that takes her back to her own deep need for God’s love every day. “The lyrics definitely were written from a really hard place,” she confesses. “Writing is always healing for me. It’s always therapeutic and I feel like it’s the one way that you can heal and also simultaneously help other people, too.”

“I think when I did the coaching, I realized that the most hard-hitting songs were the vulnerable ones, the honest ones, the ones that were written just from the heart.”

Carrie admits that her prior approach to songwriting was overly poetic and vague, keeping listeners from knowing what she was hoping to convey in her lyrics. “I needed to get across to them what the story was and what the idea was and what concept I’ve come up with. I think the coaching really helped me to hone in on that and to get to the point and be able to communicate better.”

“I learned to detach myself from the song until it was totally finished,” she says. She describes the process as letting go of “emotional attachment to the song” in order to “look at it like a project, to look at it as art” in order to “make this as beautiful as possible.”

You can read more about The Drake Music Project HERE and find Carrie Brooklyn Alexander’s music on Youtube and Spotify by searching for her name and the songs Love Like This and Give in To You. You may also follow her on Instagram @carriebrooklyn and as Carrie Brooklyn on Facebook, as well as enjoy her music on the SoundCloud player here on the NCS homepage.

Facebook
Twitter
LinkedIn
Email
PrevPreviousThree Ways to Get Inspired to Write Again (and Why You Should Never Give Up On Your Songwriting)
NextGod Gave Me a Song… Now What? (Free Training Replay Now Available)Next