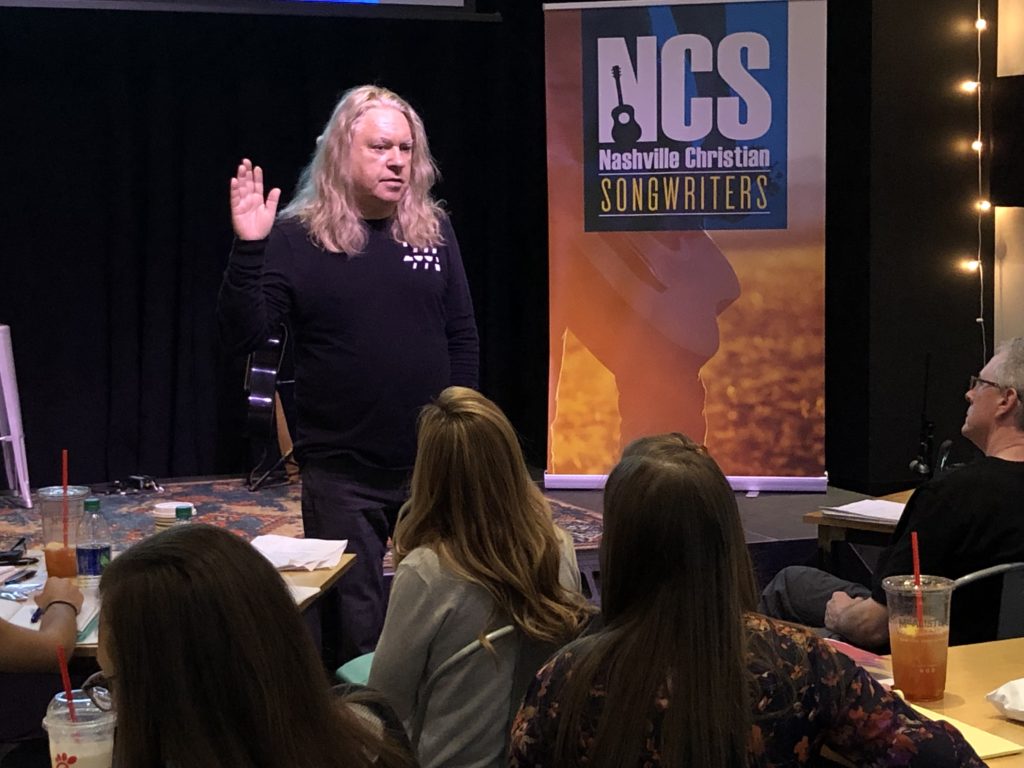 The eighth Song Revolution Workshop sponsored by Nashville Christian Songwriters was a complete sell out, ending with plenty of tears, laughter, connection, and inspiration. Thirty-three songwriters converged on Nashville in October for the workshop that provided a premium three-day experience featuring current industry personnel, including publishers, highly successful songwriters, producers, coaches, and clinicians with multiplied years of experience to equip aspiring songwriters from all over the United States and Canada.

“Our goal is to help songwriters  level up their songwriting,” says NCS Founder and President, John Chisum. “We bring songwriters who have no direct access into contact with people who work with top Christian and mainstream artists and songwriters,” he says, “as well as offering song coaching, teaching, and feedback you can’t find anywhere else.”

Attendees experience professional song coaching, critique, and receive encouragement and advice on how to not only improve their songwriting skills, but how to move forward in their careers and ministries. “I was just very impressed with the high caliber, professional opportunities… I’ve gotten to listen to some great people who are very well known in the industry and [who] are very passionate about what they do… what I learned exceeded my expectations,” said one attendee.

Did you know that NCS offers online coaching for aspiring songwriters and developing artists? NCS Coaching is an eight-week online coaching and mentoring program designed to help you reach your highest potential with powerful training and personal input you need to reach it. Read about NCS Coaching here.