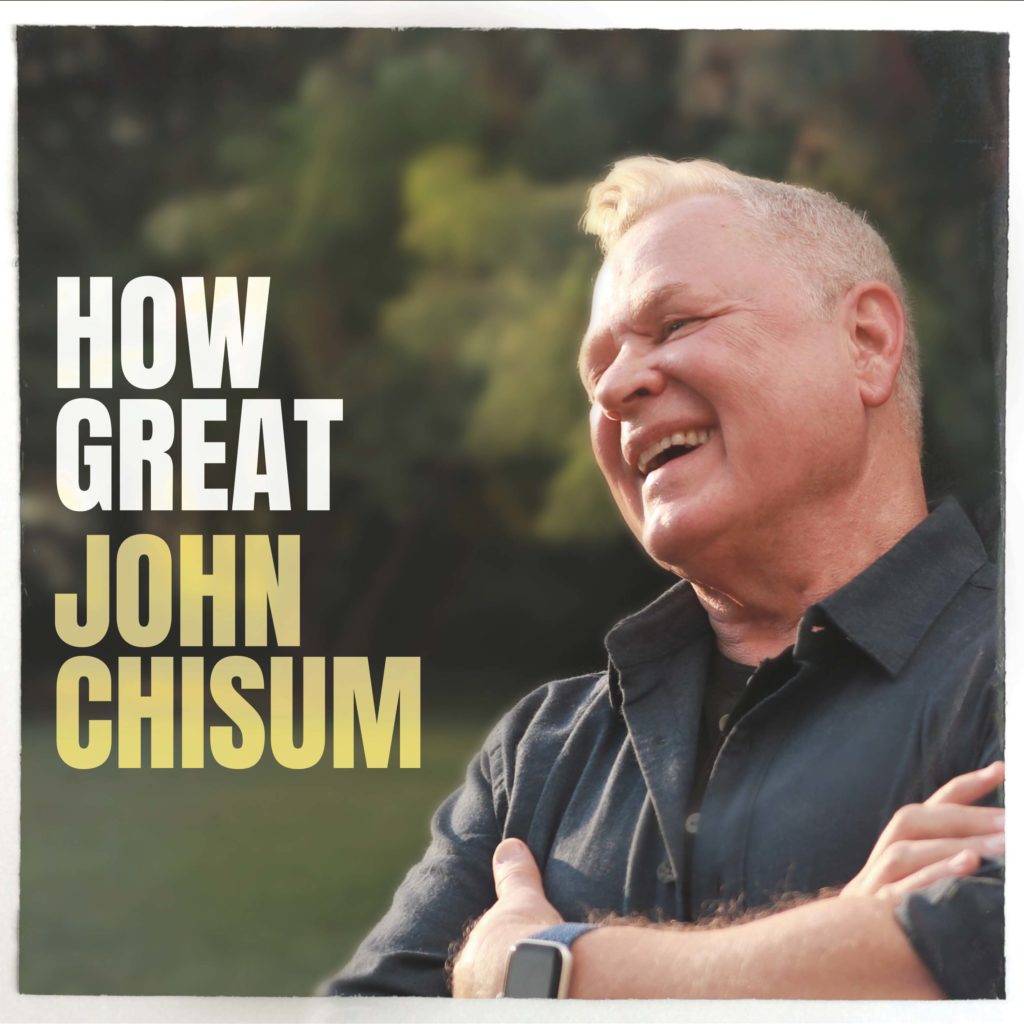 Nashville Christian Songwriters (NCS) President and Founder, John Chisum, has announced that he is releasing a new worship single this week entitled “How Great.” The release comes after a significant hiatus from releasing original material.

Chisum, a well-published songwriter and worship leader in the 1990’s with Integrity Music, is best known for the global impact of his 1994 Integrity’s Hosanna! Music release, Firm Foundation. An updated 25th Anniversary version of the title song from that recording was released in 2019 and is available on all streaming outlets. His other releases include Come Expecting Jesus (Integrity Music/2001), A Table in the Wilderness (Martingale Music/2005), Intimate (2006), and Beauty Will Save the World (2015).

Focusing his creative energies on empowering Christian songwriters through NCS since 2015, Chisum is hoping to continue adding significant titles to his earlier catalog consisting of over 400 songs.

“I look back and see different seasons of my songwriting with the Gaithers and Star Song Media in the ’80’s and early ’90’s, then with Integrity Music till the mid-’90’s,” he recalls. “There was a long break until I released a full album about six years ago called Beauty Will Save the World. It’s exciting to reconnect with this side of my life.”

A Song Is Born

Co-written with NCS coaching client, Tamera Perry, the song was birthed almost spontaneously in an online coaching session. A worship leader at Calvary Chapel in Silver City, New Mexico, Perry is a music teacher, administrator, and a grandmother.

“When we worked on this song, it started as John teaching me,” Tamera says. “This didn’t even start as a co-write, but by the end of it he was happy to put his name on it!”

John and Tamera recently celebrated their new cowrite with an online listening party on Facebook Live. In this one-hour online visit, they discussed how they wrote the song together, how it was produced by veteran producer, Chris Springer, also an Integrity Music alum who’s worked with Hillsong, Israel Houghton, and many more Integrity Music artists.

“Chris is always my go-to producer,” admits Chisum. “I love sending my songwriting clients to him because he’s going to bring their music to life in ways they’ve never imagined. He’s a straight-up kind of guy that I know I can trust to do an excellent job for me and my clients.”

In their Facebook Live listening party they not only previewed the entire song, but John described the release process for the new single through Tunecore Distribution. Always looking to provide first-class instruction, Chisum described the process from the initial idea of the song through the writing, demo, production, and release phases. “A huge reason for doing this,” he says, “is to show aspiring songwriters exactly how the process works by demonstrating it in real time myself. I’ve enjoyed a lot of success in my ministry and career through the years, so the goal now is to download as much of it as I can to upcoming generations.”

For those who were unable to view the Facebook Live, the full video replay is available here. How Great can be heard here on Spotify or wherever you stream your music.