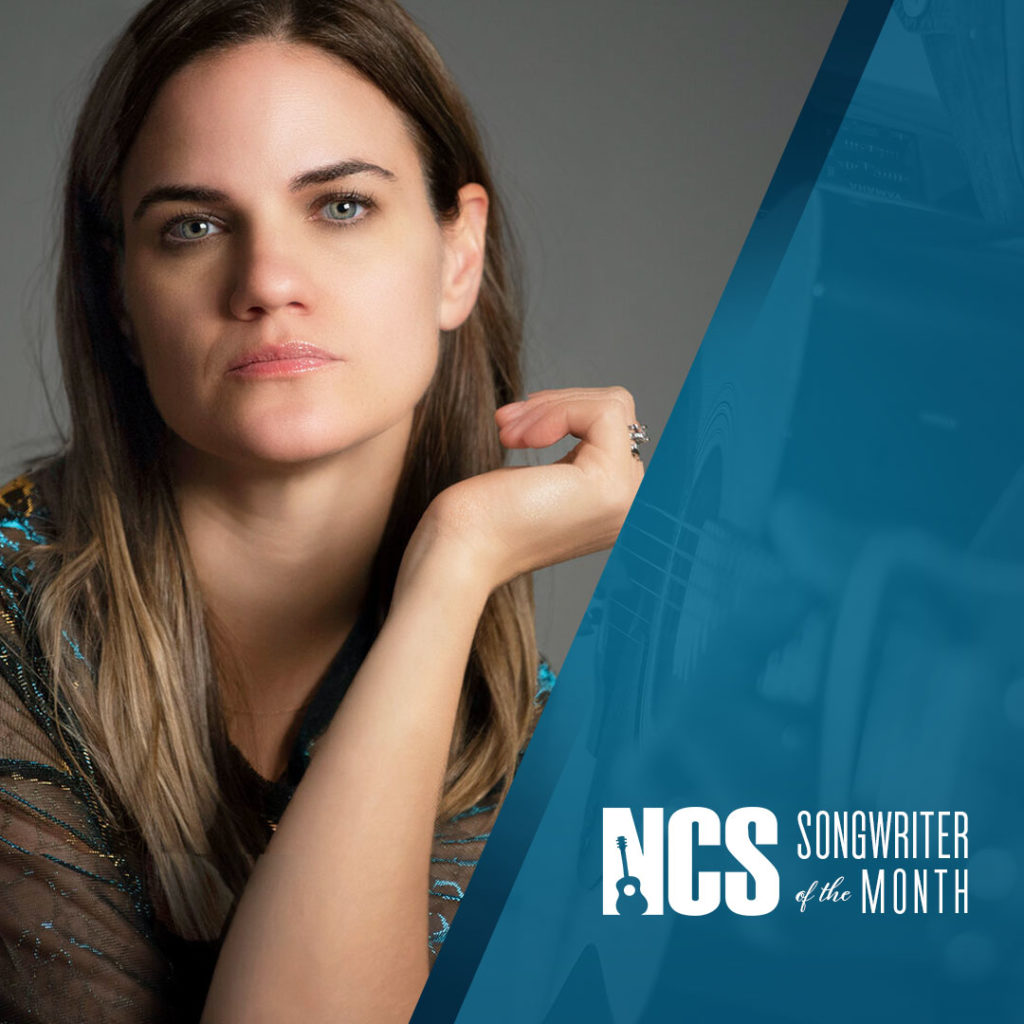 From PTSD to Powerhouse Ministry

Katie, a long time mental health professional, has herself suffered from PTSD stemming from her own personal traumas, including being physically assaulted by a patient, witnessing a patient’s suicide, and in that same year, witnessing a shooting and suicide outside her home. Confronted with severe darkness each day in the psych unit also took its toll on her as she counseled patients struggling with their own traumas, suicide attempts, addiction, and horrific abuse. Katie found comfort in faith and music, and discovered herself as a songwriter.

“You could imagine just absorbing that darkness every day,” she offers. “It’s what started my morning every day for several years. We would all walk into our staffing in the hospital at 8:00 AM with coffee and just hear the new patient list. And it usually was involving a suicide attempt or thoughts of killing themselves or harming others. Or, a severe trauma, struggle with addiction. Absorbing that everyday starts to really wear on you.”

Katie is now channeling her trauma and the compassion she feels for others into new music aimed at those who may be struggling with their own mental health. “Struggle is an invitation from God to come to Him,” she says. “Look at it as this open door, and God is saying, ‘Just walk through this, walk through the struggle, trust in Me.’ That’s who I hope to speak to.”

Purposefully targeting an audience of hurting people who may not have connected into the healing power of faith, Katie doesn’t see herself so much as a Christian songwriter as a songwriter who is a Christian.

“Someone once called my writing ‘sneaky Jesus’, [writing] without coming out and saying it, rather just showing it, pointing people in the direction of truth,” she says. “And also just showing that faith is something that can help all of us, and we’re all loved and we’re all created in His image. And I think that’s the best way we can go about sharing the gospel. I feel like it can captivate more people’s attention. I feel really called to minister in that way.”

Lukelle’s first single, *Fly On Faith*, is a message of both struggle and hope. Co-written with her friend and piano teacher, Lawrence Burges, it captures listener’s imaginations by identifying with the painful parts of life, yet holding out the hope that there will be “No more black-boxed pain/Watch me spread my wings.”

The positive and uplifting track features Lukelle and Lawrence riffing “Fly on faith/No matter what they say, no matter what they do/You gotta just keep on living.” Decidedly pop in its sonic values, *Fly on Faith* is a radio-worthy production from the studio of Nashville-based producer Jay Speight.

Katie says of her first Nashville recording experience, “Jay’s disposition is just loving, caring, calm, compassionate, and nonjudgmental. He tolerated my worries and he was able to have the patience with me that I needed to feel myself. I mean, it was my first time in a studio. I needed to be partnered with somebody that wasn’t going to be like, ‘Okay, hurry up.'”

The Art of Becoming Lukelle

Dr. Katie Fetzer adopted the stage name *Lukelle* as an homage to the Gospel of Luke. As part of the healing profession, she felt a natural affinity for the Gospel writer, also a physician. “Luke is my favorite gospel hands down,” she admits. “He was a physician. And, as you know, he speaks the gospel truth and I just liked the way that he speaks it. It resonates with me a lot, just with the type of person I am with the type of brain I have.”

Seeking to bring a “conversational apologetic” to her songs, Katie realized early on she needed help to gain the skills to express herself. “I knew I needed skills. I didn’t have what it took. I remember writing my first song and being terrified to show anyone. I started reading and then I realized songwriting is way more than I ever thought. It’s a whole ‘nother animal. And I wanted to just learn everything I could about it,” she says.

“I found books on Amazon,” she continues. “And one day I was doing a random Google search. I was reading about how to pitch your songs if you’re a songwriter.” Eventually landing on Centricity Music Publishing’s site, where she found a link to Nashville Christian Songwriters. “It basically said, if you’re interested in songwriting, learn the craft. Your name [Nashville Christian Songwriters] is listed on there as a resource. And so I just looked no further. I clicked and made a phone call and thank God you were able to talk to me!”

“I realized I wanted to put some songs out and one day I was Googling variations of the name *Luke*, and the name *Lukelle* popped up,” she recalls. “And there was no Google interference and it’s kind of cool and edgy and different. And the rest is history. Now, ‘Je m’appelle Lukelle!’ is what I like to say.”

You can enjoy Lukelle’s single *Fly on Faith* on our Soundcloud player or wherever you stream great music. Her second single Break is set to release November 5th. You can also visit Lukelle.com and find her on Facebook here.