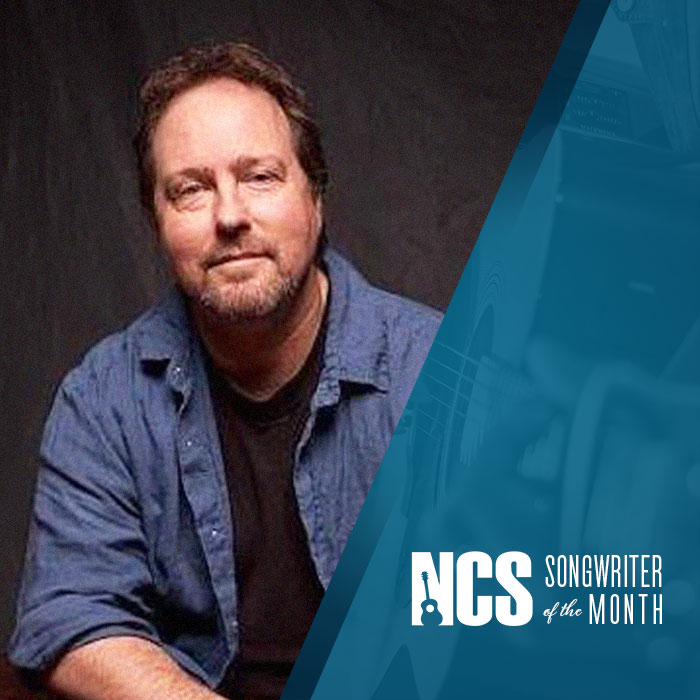 “I needed to begin to try to make my craft of songwriting better if I was going to reach people,” admits NCS Songwriter of the Month, Mark Pogue. A Nashville resident since the mid-1980s, Mark is no stranger to making commercial music.

A Christian singer/songwriter who performed with many Christian artists such as Morgan Cryar, Degarmo & Key, The Rambos, Neal Morse, and others, Mark had his own record deal with Word/Pakaderm Records in the early 1990s. His debut album Mark Pogue & Fortress “Restoration” had several Top 10 hits in the CCM market.

Though he left the music industry to be with his family, Mark never quit writing songs, but stayed involved in church and family life playing for worship leaders such as Israel Houghton and others. In 2016 he released the album “Through the Fire” continuing his signature melodic rock style.

Investing in His Audience

But Mark was looking for ways to increase his reach and impact with music listeners. In 2018, he joined Nashville Christian Songwriters and began a new journey to reshape and learn from people with more experience and success than himself. After experiencing NCS’ Song Revolution Workshop and NCS Coaching, he immediately began putting his new knowledge to work by releasing singles in 2019 and a new album, “Kingdom Come” in 2021.

“One thing I would say to songwriters is, just because doors shut doesn’t mean they’re shut forever,” Mark counsels. “If you invest in yourself, invest in the gifts that God’s given you, God will give you more resources. And it kind of goes back to that parable of the talents. The one that dug the hole and put his talent in the ground, his talent was given to the one who had five and gained five more. So if you increase, it’s just a matter of putting faith into action. If you begin to move out, even if it’s isn’t perfect at first, you give God something to build upon.”

Mark’s newest release came when a radio promotions company sent out word they were looking for Christmas songs. “I jumped in and decided to give it a try,” he says. The result is the single, “Glory Came to Stay.” “I always see the need to improve and expand my reach. I am glad that there are resources available now to help songwriters like myself accelerate their craft and define the message that God has placed in us for His glory”.

You may enjoy Mark Pogue’s new single, “Glory Came to Stay,” on our Soundcloud player on our homepage, or wherever you stream music.