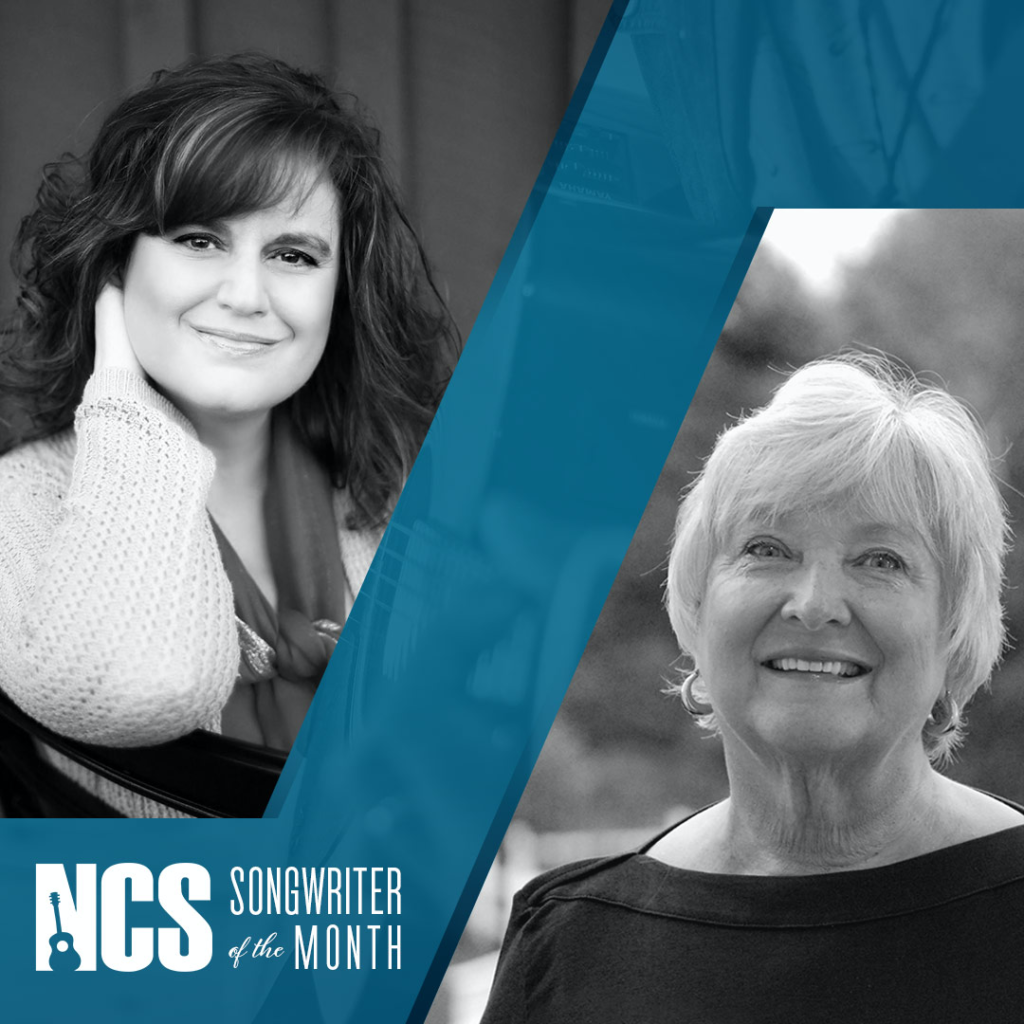 Three years and a lot of dedication are beginning to pay off for songwriting hopefuls, Shirley Nagel and Jaclynn Huse. With over twenty compositions between them already signed to publishers and more on the way, the two cowriters met through NCS Coaching.

“Shirley and I were in [NCS] Boot Camp together,” says Huse, Professor of Nursing at Southern Adventist University in Collegedale, TN. “I remember hearing her first song… [and thinking] that woman has the most creative melodies that I don’t hear anyone else writing. I feel like the songwriting mentorship that we got through [NCS] got the ball rolling.”

“I remember the first song I heard of Jaclynn’s was ‘Jericho,’ and I thought, ‘Now that’s a clever idea,'” reminisced Nagel from her hobby farm in Minnesota. ”

Co-writer of Prism Music‘s cover song of their fall choral anthem collection just releasing September 1, 2020, Shirley continues, “So we’ve got a couple of songs that are our single song contracts together and one’s on hold. All of that to say the whole [NCS] Boot Camp experience was really foundational and just a big platform to build on.”

Nagel, graduate of the American Conservatory of Music in Chicago, IL, says of her NCS Coaching songwriting training, “I had done some writing before, but I feel like before I came to NCS, I had a lot of disconnected information, but none of it in a kind of a cohesive, structured way. And so my writing was kind of hit and miss because I didn’t have that solid center. So, I think that the main thing that bootcamp did for me is that it pulled a lot of loosely held ideas into a neat package.”

When asked what advice she would share with aspiring songwriters, Jaclynn says, “It’s been a journey and I would not have dreamed it would take this long. And there are many times when I felt like, ‘Well, I’m a nurse. What am I doing? I can just do my nursing thing, come home and relax and live my life, live a good life,‘ but I love writing. It allows me to express myself in ways that I can’t just do in a conversation. And I feel like it’s my connection with God. I would encourage [you] to stick with it and make your goals. So whatever your goal is, figuring out what that is and keep going forward.”

‘Well, I’m a nurse. What am I doing? I can just do my nursing thing, come home and relax and live my life, live a good life,‘ but I love writing.

Shirley encourages songwriters to cultivate a patient attitude stating, “It’s a long term commitment. Stuff does not happen overnight. Those of us who write, tend to be dreamers, I think, and it’s easy to sit around by yourself and imagine what you’re going to wear to the [GMA] Dove Awards. But there are a thousand steps between finding the right dress for the Doves and getting songwriting. And so if you’re not thick- skinned and can’t handle some rejection and some disappointments along the way, you’re going to be tempted to quit and just say, ‘Well, I guess I wasn’t cut out for this,’ or worse yet ‘It’s all unfair. There are insiders and I’m on the outside. There’s no way I can ever get in.‘

Shirley continues, “I’m not saying you can get in overnight, but [with] persistence and [with] honing your craft it gets better and better. We’ll start to inch the door open. It doesn’t fly open, but it will start inching open so that you can feel like you’re making progress, having some small successes, which lead to larger successes. [For] the Dove’s next year, my dress is already in the closet. I already know how I want to fix my hair!”