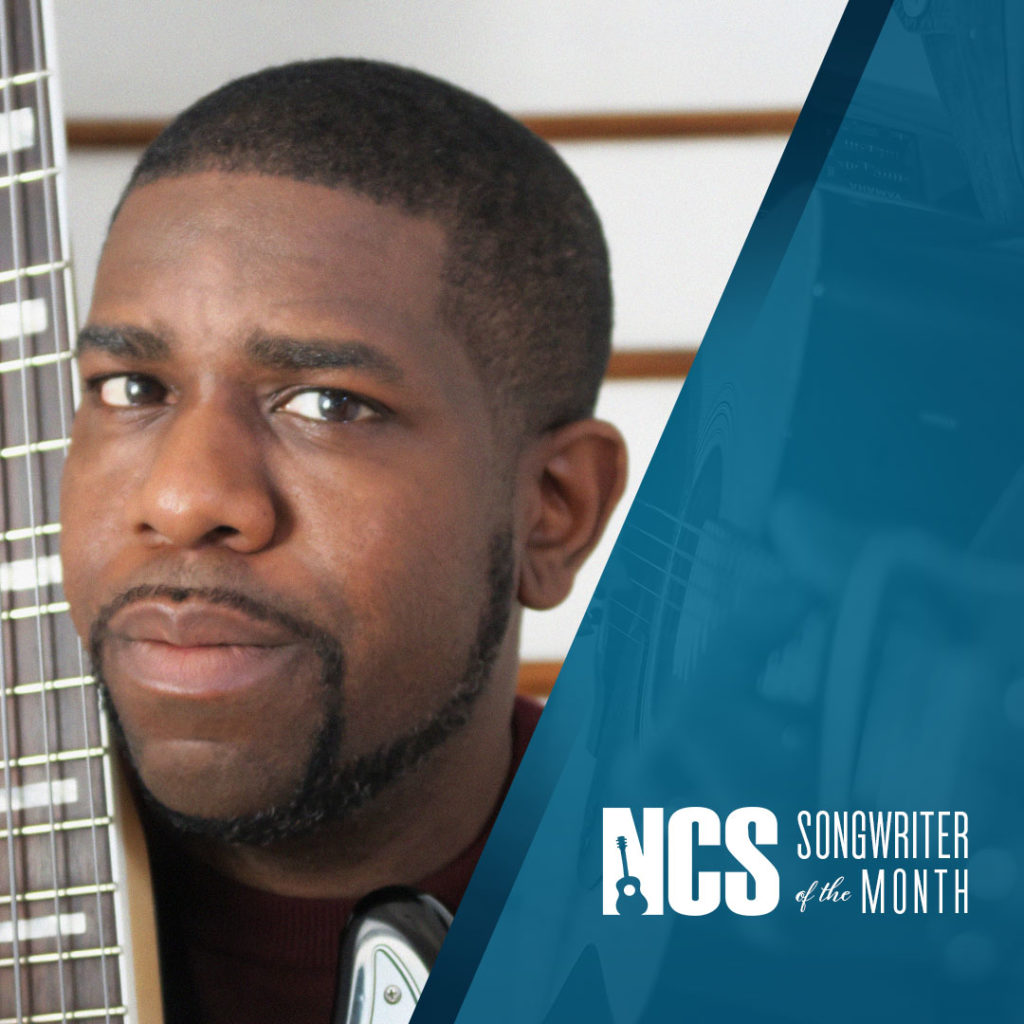 New York state’s Darnell Peters, husband, father, and bassist, has been named NCS Songwriter of the Month. Peters, a physical therapist by day, is reaching his goal of becoming an impactful Christian songwriter with the release of his inspirational single, “I Am Enough” featuring singer Beverly Burton and rapper Mike O.

A declaration of our worth in Christ, the stirring urban/pop collaboration with co-writer/producer Jeffrey Monestime delivers its powerful message with a blend of biblical images and encouraging lyrical phrases.

The substantial pre-chorus sets up the simple, yet profound chorus “I am enough, oh yeah” with familiar Gospel references:

If five loaves can feed five thousand
If the dirt can heal the blind
If a small stone can slay giants
How much more can I become
If I was made in your image
If my worth rests in your love
You can use me as I am
© Copyright 2021 Darnell Peters/Jeffrey Monestime. All Rights Reserved.

From Inspiration to Reality

Like many aspiring Christian songwriters, Darnell longed for many years to capture his deep feelings for Christ in music, but struggled with the basics of song structure, form, and lyrical content.

“I had an idea of how a song went in terms of the verse and chorus, that kind of stuff. But I was really lacking lyrically, just understanding how to put words together. I was just kind of writing by inspiration,” Peters admits.

But a phone call with NCS President John Chisum began to turn Darnell’s inspiration into reality as he chose to invest in his future audience through NCS Coaching.

“Darnell is a very talented musician,” says Chisum. “I loved working with him because he not only has a passion for the Gospel and for encouraging others, but he’s got a very teachable mindset. He was just so ready to learn and soaked up the pro level principles in our program. I’m so proud of this new single!”

From working with Chisum on “I Am Enough” in 2019, Peters began assembling the team that would eventually see the single release come to fruition.

His desire to help believers walk in their true identity in Christ became so strong that he reached out to friend and producer Jeffrey Monestime, rapper Mike O. and singer Beverly Burton to bring their gifts to the ultimate mix.

Though their collaboration began in early 2020, the outbreak of COVID-19 stalled the process. By the time Darnell was able to re-engage his talented friends, the song had taken on an entirely new sense of urgency and morphed musically from its beginnings just one year before.

“I think God was pushing me to be obedient, put the message out there. There’s someone out there who needs it. And if it’s just one, you know, that really matters,” he recalls. “So, it was really more about obedience at that point. I think it was good to have that pause because where the song was going in 2020 is a lot different than the direction we took in 2021.”

Darnell credits NCS Coaching as putting him on the fast track to more powerful songwriting and to the eventual release of “I Am Enough.”

“I think coaching is really important because it just takes you from A to B in such a quicker fashion, so much faster in a matter of eight weeks. You grow faster than what you probably could have grown in like two, three, four, or five years on your own,” he offers.

“Since the coaching, I definitely have a solid foundation to work from, especially lyrically” he continues. “For me it was the biggest eye-opener, understanding that songs are built from the hook. They don’t have to be something you just randomly pick out. It’s a really solid foundation to know how pros write.”

You can enjoy “I Am Enough” here on our homepage Soundcloud player, or listen and download using the links below: