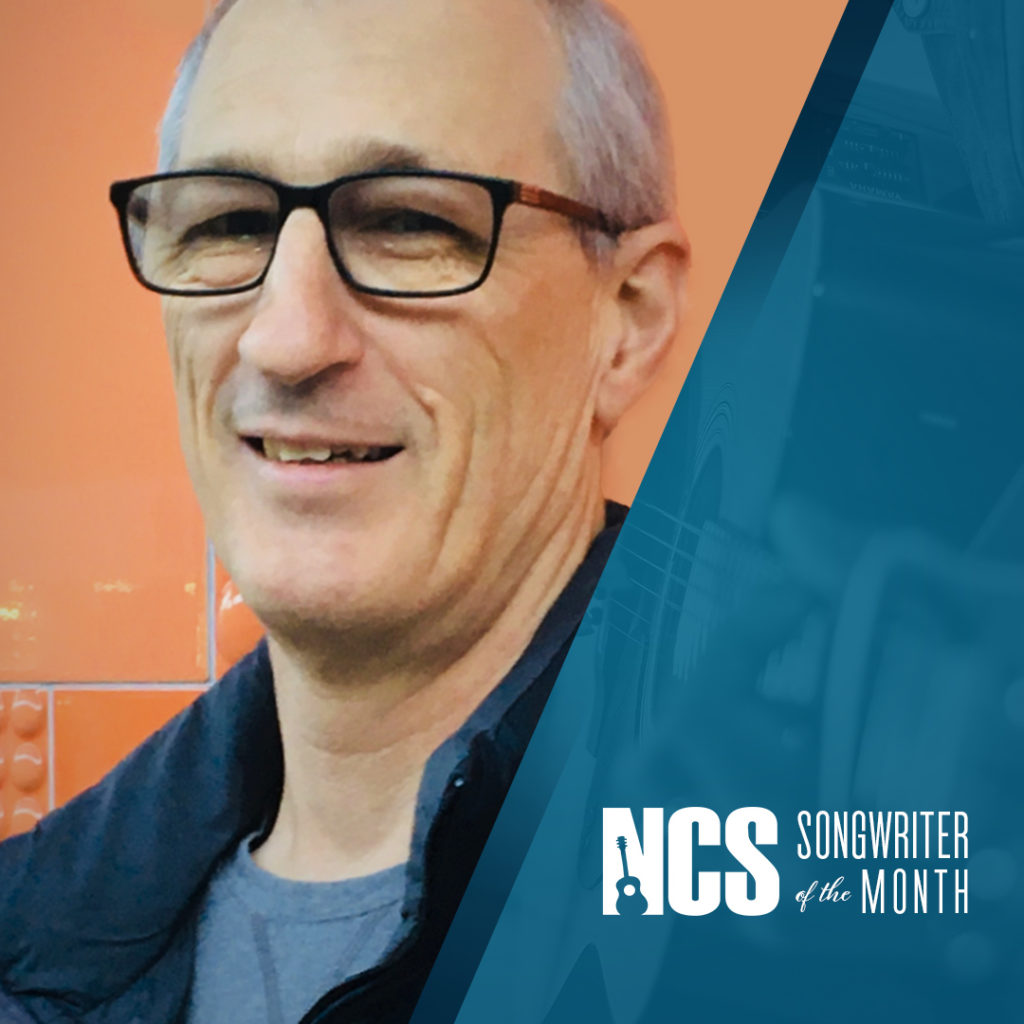 NCS Songwriter of the Month

“Kiwi” Social Science teacher and songwriter, Nigel Cato, loves songs about the cross, the blood of Christ, and redemption. Sensing a deep call to help believers grasp more of the finished work of Christ, he has written songs rich in theology at the Church of Christ (NZ) in Auckland, New Zealand, for almost two decades.

Like any aspiring theologue, Nigel enjoyed writing many verses to his songs in the fashion of Charles Wesley, who notably wrote nineteen verses to the hymn “O For A Thousand Tongues.” But all that has changed since experiencing NCS Coaching.

Though he never got to nineteen, Nigel has now traded in his many lengthy verses for an updated, more economical style. In fact, Nigel so remarkably improved that his songs are not only suiting his congregation much better, but they are getting noticed and released on streaming worship outlets.

Worship Underground, an online worship streaming resource, has featured Nigel’s new song “Magnificent” on its Recent Releases/Songs on the Rise channel alongside the likes of Phil Wickham, Brian Johnson, and other well-known songwriters.

“The biggest change in trying to modernize my style [was] just listening a whole lot more,” admits Nigel. “I don’t think I’d realized how many long stretches of time I’d gone without actually seriously listening to other music. I don’t know whether I was doing it deliberately or not, but I was just ignoring it, really.”

While learning critical listening, Nigel was also coming to appreciate the skill and creativity that goes into higher level songwriting.

“I would listen to contemporary worship music that I sort of had a slightly jaded view of. It was like, do they all sound the same? And you know, I still think a lot of them do, but I don’t think I was really giving them the credit for what they were doing,” Nigel confesses. “I certainly hadn’t made the connection of how they could help inform my own songwriting. So any influences I was picking up was sort of almost accidental, really. I’m a bit of a sponge and I just picked stuff up.”

“The NCS Coaching and mentoring program has completely changed my approach and outlook on songwriting,” Nigel reports. “I have been writing songs for my own church congregation for over 20 years, and, during that time, about 20 of my songs have become congregational favorites. So, I thought I knew quite a lot about songwriting. And, over the years, I have read quite a few books, watched and listened to online seminars and even attended some workshops.”

He continues, “I thought I knew a lot about rhyme schemes, song plans and structure, economy of words, imagery, and, to a certain extent, I did. However, over the last few months, I have been challenged to come at it from a completely different angle.”

Testifying that his new songs are now “more focused, simpler, and more purposeful,” Nigel is no longer content to “just put the first thing in that I think of.” By investing in himself and in his potential audience, Nigel has found new purpose, focus and productivity.

“Now I have a new approach to songwriting. I have never been so intensely productive as I have been during the coaching sessions,” he comments. “It is quite evident that creativity feeds itself to a large extent. I have been writing about two songs per week (although not all have survived intact) and during the course I have written half a dozen songs that I am very happy with. The next step is to get them recorded.”

You can sample Nigel’s new work on our homepage SoundCloud player or on his Youtube channel.