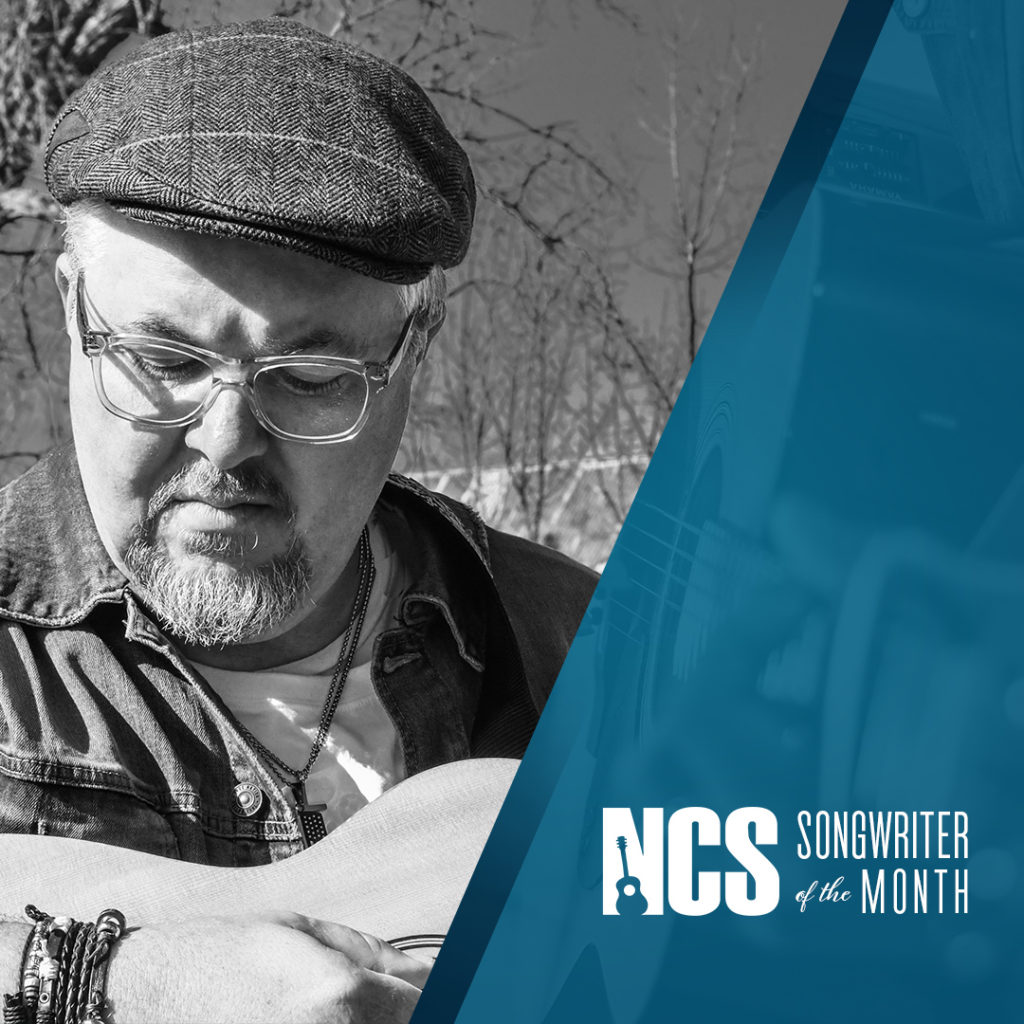 Tony Cherry grew up in church, but it wasn’t until he was invited to play with an impromptu worship team that he found his true calling to make music.

Though he ultimately formed a ministry called  Forged by Faith, Tony realized he needed real guidance in his songwriting if his music was to make a true impact in the hearts of listeners.

“When I grow up I want to be a musician,” he’d say, often jokingly, to his wife. When she finally looked at him one day and replied, “When are you going to do something about it?” Tony realized it was time to find someone to mentor him, someone who could help him hone his craft and write songs that could pierce to the hearts of an audience to draw them to Christ.

That’s when Tony discovered Nashville Christian Songwriters and knew he’d found the help he was searching for.

Tony described his songwriting efforts before NCS as “throwing something at the wall to see if it stuck.” His music lacked structure and he laughed that his floundering efforts were like “trying to build a car without any instructions.”

NCS provided the blueprint Tony needed to create great songs, but quickly found that he’d gotten much more than he’d bargained for when NCS President, John Chisum, went above and beyond the title of “music coach” to become a life coach, artistic guide, and friend.

John’s extensive experience in the music industry brought invaluable perspective as Tony shifted his amatuer enjoyment of music into the beginnings of developing a real music career. “John took a musician and created an artist,” he shares.

As a result of the process, Tony has realized a lifelong dream and important milestone by releasing, Deep Dive, a classic CCM album in the vein of Mercy Me and Casting Crowns. You can find it on all major music platforms, as well as read more about Tony’s life and music on his website.

Tony shares, “I sat on the fence for a long time, dipping my toes into the songwriting world, but NCS and John Chisum helped coax me off of it. I’d tell anyone considering coaching to jump in with both feet. I’ve found a huge purpose that was missing and it has brought such joy and opened my eyes to what the possibilities can be!”

NCS Coaching could be your next right step in fulfilling your call to write the songs you’re dreaming of. Read more about it here and reach out for a quick, no obligation phone call with us to discover how you can gain the skills and confidence you need to glorify God at the highest possible level with your songwriting gift.