How DO You Write a Great Christian Song? 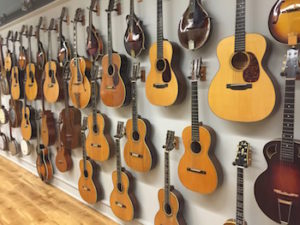 Truth is, the “one hit wonder” exists in every musical genre. It’s always fun when a show on television showcases the groups and artists from the 70’s, 80’s, and 90’s who only managed to have but one lonely hit (think Vangelis and Chariots of Fire). For a few of these one hit was enough to launch a huge career, but very few indeed. Realizing that we have one hit wonders in Christian music, too, how can YOU avoid being one of them? How DO you write a great Christian song and how can you write them again and again? Let me share with you three things that could immediately shift your thinking from struggling to write one great song to launching a lifetime of great songwriting.

#1 Learn to recognize a universal idea, then craft your hook from it. The biggest hits have the most universal appeal. Human beings feel much of the same thing – love, joy, happiness, fear, faith, worry, and hope. When you tap into these universal feelings and craft them into great hooks, you’ve got a winner. Take a look at Billboard’s “Greatest of All Time Hot 100 Songs” and you’ll see exactly what I mean with songs that make us want to dance (Chubby Checker’s The Twist), hurt over lost love (LeAnn Rimes How Do I Live), and the feeling that you just want to hold someone’s hand (I Want to Hold Your Hand by The Beatles). All universal feelings crafted into memorable, singable, emotional hooks. To write a great Christian song means you learn to capture universal feelings time after time.

For Christian songwriters, the vast realms of God’s character and the praise that erupts from coming in contact with Him in the slightest ways becomes the universal feeling of worship. This is a great place to start, but it is only the start. In John 21:25 the Gospel writer says, “Jesus did many other things as well. If every one of them were written down, I suppose that even the whole world would not have room for the books that would be written.” If we’re out of ideas to write as Christian writers, it probably means we’re not spending enough time just gazing on the beauty of Jesus.

To write a great Christian song means you learn to capture universal feelings time after time.

#2 Develop some serious objectivity about your songwriting. Many aspiring writers feel that every song they write is either “from God” or they’re so attached to it they can’t move on when it really isn’t a great song, after all. When so much of our self-esteem is tied up in a song that we can’t rewrite it and possibly even move on from it, we’re not being objective about the craft of writing. The ratios differ, but all of us write a lot of okay songs to get to a great one. Then we rewrite that great one to become a classic. A little objectivity will keep you from being so tied up in one particular song that you can let it be what it is and move on to the next ten songs you want to write.

#3 Take the time to get it right. Many writers get in a hurry to finish a song. While there’s something to be said for not letting a song drag out until you’re just not interested in the idea anymore, sometimes writers rush through a song and miss the subtleties that could make the difference between an average song and a great song. If you’re not happy with a verse, why not let it sit a few days and come back to it? Melody just not quite there? Don’t force it. Go listen to a hundred other songs and come back fresh to your melody, giving it a chance to breathe and develop. If what you wrote the first time still stands up, then go with it. Haste can waste a potentially great song. Don’t rush a good thing.