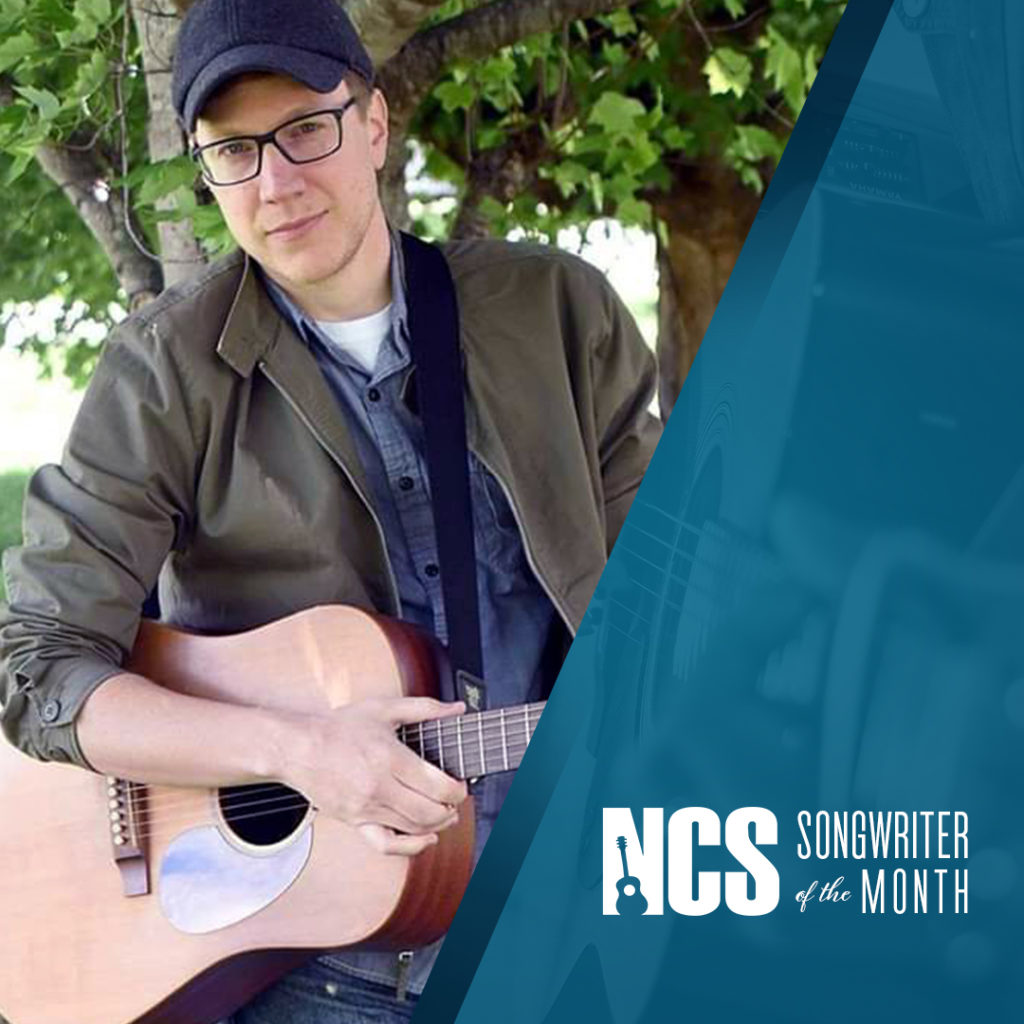 Music has been an integral part of life for Kentucky pastor, Trevor Graves, for almost as long as he can remember. Growing up as a pastor’s kid, he began to sing at the age of 4. “I practically cut my teeth on a microphone,” he jokes. The tambourine was his first instrument, but he quickly graduated to drums and then guitar. He began composing lyrics to original songs by age 13 and has never stopped.

While his love for music began early, Trevor searched for years to find the right outlet for this calling. When he married 15 years ago, he was a worship leader, but as his family grew music took a backseat out of necessity.

In 2010, Trevor’s family was faced with hardship as he lost his job, and his father-in-law battled with cancer. In the midst of this, door after door seemed to close as he pursued his music ministry. “Maybe I faced frustration because I was trying to make things happen my own way, in my own time.”

It wasn’t until 2017 that Trevor revisited the idea of pursuing music again. His schedule became flexible, giving him more time to travel and minister as an evangelist.

Trevor knew that he needed some guidance and further training to give him the ability to be successful and take his abilities to the next level. He was seeking someone to help him develop his skills, and to open the door of opportunity for his music to be heard.

When Trevor found NCS online and spoke with NCS President John Chisum, he knew it was exactly the help he had been looking for.

When he joined NCS Coaching, Trevor realized there was much room for refining his songwriting process. “I had so much experience with songwriting, and thought I knew how it was supposed to go. But NCS opened my eyes,” he admits.

As Trevor began participating in coaching, his music took on a more cohesive structure and flow. His songs came to life as he learned new ways to paint pictures with his words.

Songwriting Transformation – From Floundering to Success

NCS changed the way Trevor wrote songs, and he was amazed as he shared original worship songs in new churches he visited and congregants genuinely entered into worship. Trevor has such a desire to lead people into an authentic experience with God, and to see people engage with God through his music was such a dream come true.

Trevor joined the NCS community and found himself surrounded by a group of like-minded musicians who were ready to grow with him. He gained invaluable feedback for his original songs, and participated in some life changing co-writes.

NCS was able to offer invaluable connections to musicians who are well established in the music industry, and has paved the way for Trevor to record.

Through NCS, Trevor made connections that allowed him  to record an album. He just released his first professionally recorded EP, “Great I Am.”

“Trevor is one of the most powerful songwriters I’ve worked with,” states NCS President, John Chisum. “His lyrics are so concentrated, dense, and powerful like few writers these days. I’m a huge fan of his and I look forward to working with Trevor for years to come.”

Chisum has featured Graves in many NCS events, as well as on an episode of Song Revolution with John Chisum. You can also sample Trevor’s music on the embedded SoundCloud player at nashvillechristiansongwriters.com.

When asked if he had anything he would share to people who were considering NCS Coaching, he paused for a moment, and then confidently stated, “If songwriting is your calling, it’s worth a sacrifice to do whatever you need to do to make it happen. There’s a cost to everything that will really benefit us in our growth, in whatever we do in our life. Be humble enough to reach out and learn from those who have dedicated their lives before you. Learn from their knowledge and wisdom so you can be excellent.”

NCS Coaching is all about helping you grow to the next level of powerful songwriting. An eight-week group or private coaching and mentoring experience, you’ll be challenged, encouraged, motivated, and focused clearly on your calling like never before. Find out more with a free, no obligation phone call using this link – NCS Coaching Call.

“I feel like I’m moving from writing out of intuition to getting actual songwriting tools.” Brian Goodall, NCS Coaching Client

Facebook
Twitter
LinkedIn
Email
PrevPreviousHow to Copyright a Song – Protecting Your Music
NextMIKE WEAVER: Songs of Deliverance in Times of Trial and LossNext